He loved his cars, but he also loved boats and boating. The K4 jet powered Blue Bird boat was Sir Malcolm's last project in 1947, just two years before he died. A natural progression from the K3, this craft sports a rather fetching two-tone paint job. 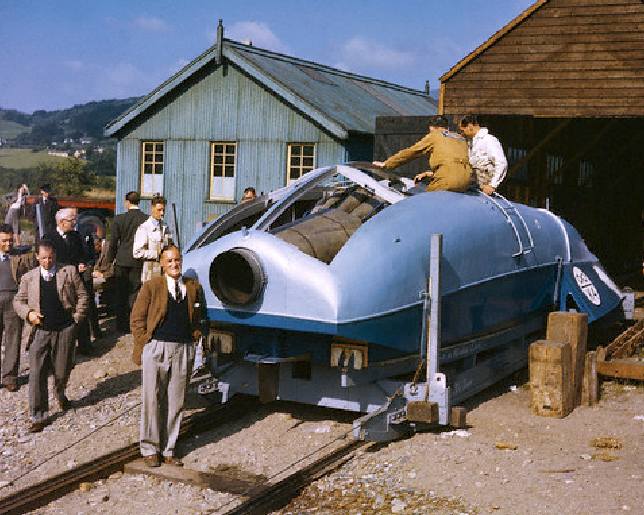 ENTER THE JET AGE - The gas turbine version of the K4 set the scene for the K7 of his son, Donald Campbell, where the general layout is the same. Ten years later in 1959, Boeing copied the concept in producing their Aquajet hydroplane, seen below. Time and again, small private enterprise leads the way with the military dragging their heels leaving a respectable mourning period, after which they think it is safe for them to adopt the latest technology - and not have to pay for the idea. The only time this changes is in time of war, when the military finally put their operation in gear.

AQUAJET - In 1959, Boeing began their research and development of hydrofoils. The hydrodynamic test system (HTS), called the Boeing "Aqua-Jet," was launched in 1961. It was a dual-cockpit jet-powered hydroplane that served as an aquatic version of a wind tunnel. Powered by an Allison J-33 jet engine, the HTS was designed to provide a level and stable platform for straightaway runs of up to 132 knots (115 mph/185 kph). A controllable fixture mounted between two prows held models of hydrofoils in the water during the test runs. You may be forgiven for thinking that the AquaJet looks very like the K7 Bluebird, because it does. It uses the same general configuration and same mounting location for its jet engine.

On September 3, 1935 Malcolm Campbell reached 304.331 miles per hour on the Bonneville Salt Flats in Utah, becoming the first person to drive an automobile over 300 MPH.

He also competed in Grand Prix motor racing on the continent, winning the 1927 and 1928 Grand Prix de Boulogne in France driving a Bugatti T39A.

Sir Malcolm was inducted into the International Motorsports Hall of Fame in 1990. He collected numerous trophies during his career, many of which are now in private collections where the family heirlooms appear to have been sold off at various times, rather than jealously guarded.

The Malcolm Campbell Heritage Trust is (according to Donald Wales) a body set up by family members in the 2000s to seek to preserve what they may of Sir Malcolm. Exactly what they are seeking to put into trust is not known. We do not know if there is a collection or museum that is operated by this trust, what they own and don't own. If you have any information of projects please let us know. 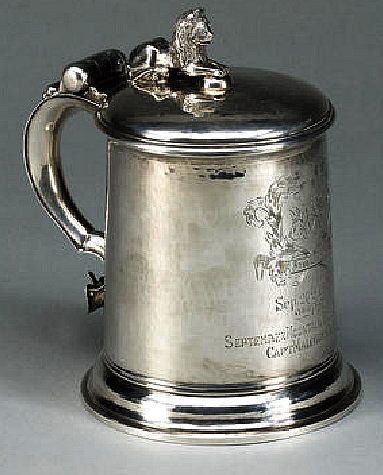 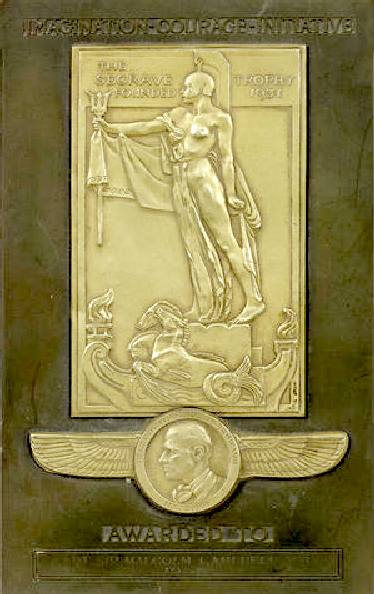 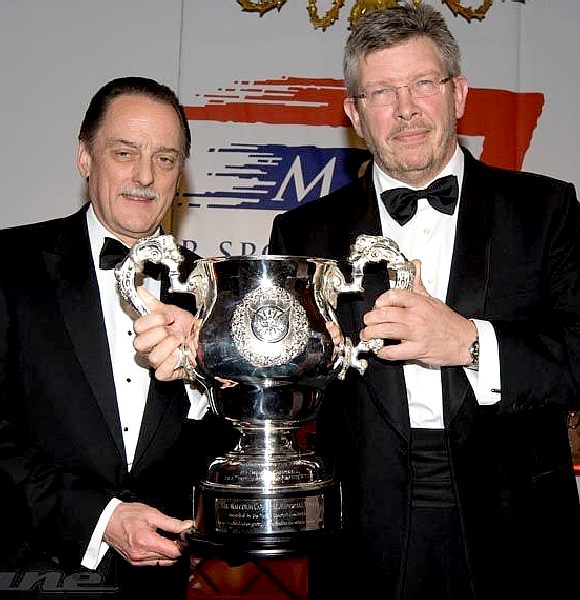 The Motor Sports Association (MSA) is recognised as the sole motor sport governing body for the United Kingdom by the world governing body, the Fédération Internationale de l'Automobile (FIA). However many popular short circuit motorsport disciplines in the UK are not covered, such as Banger Racing, Autograss and Hot Rod Racing.

As the governing body, the MSA is responsible for the governance and administration of all major forms of motor sports in the UK, controlling the technical and sporting rules across the various disciplines. It is not concerned with motorcycle or side-car competitions, which are governed by the Auto-Cycle Union.

The MSA implements these rules, known as the General Regulations, to govern the conduct of motor sports at national level. These rules are made and amended by the Motor Sports Council, which is the 'parliament' of motor sports, while the MSA acts as the 'civil service' in times of need and to ensure safety of the General Public.

It administers the licensing of 34,000 competitors, 10,000 volunteers and officials and the 5,000 events taking place in the UK each year.

International Motor Sports is a wholly owned subsidiary of the MSA which organizes the British Grand Prix, the Rally of Great Britain and the Rally Scotland, some of the flagship motor sports events in the United Kingdom.

Formula 1 team principal Ross Brawn was the Guest of Honour at the Motor Sports Association’s prestigious awards ceremony at the Royal Automobile Club in London in 2010.

During the evening, Ross was presented with the Sir Malcolm Campbell Memorial Trophy in honour of the Brawn GP team’s achievements in the 2009 Formula 1 World Championship, during which Jenson Button claimed the Drivers’ world championship and the team took the Constructors’ crown.

Button himself would also have been present to receive the Hawthorn Memorial trophy, which is awarded annually to the most successful British or Commonwealth driver in the FIA Formula 1 World Championship. Unfortunately, pre-season commitments prevented him attending but he managed to send a video message to the assembled guests thanking them for the award.

Brawn is quoted as saying: 'It is with great pride that I accept this award on behalf of the whole team. Everyone worked extremely hard just to get us onto the grid in Australia and then during the season to keep us ahead of the chasing pack. This award is due recognition for all the efforts of an amazing team of people and I am delighted to receive it on their behalf.'

From 1950 to 1980, the Sir Malcolm Campbell Memorial Trophy has been awarded for outstanding performances by British drivers in British cars in many forms of competition. Other well known names to appear on the roll of honour include:

Following a break in the awards, the trophy was then awarded in 1997 to the then-Squadron Leader Andy Green for driving Thrust SSC to the land speed world record of 763mph. It has been said that the Sir Malcolm Campbell Memorial Trophy will from 2010 be awarded annually by the Motor Sports Association to an individual or group for excellence within motor sport. Here, here. 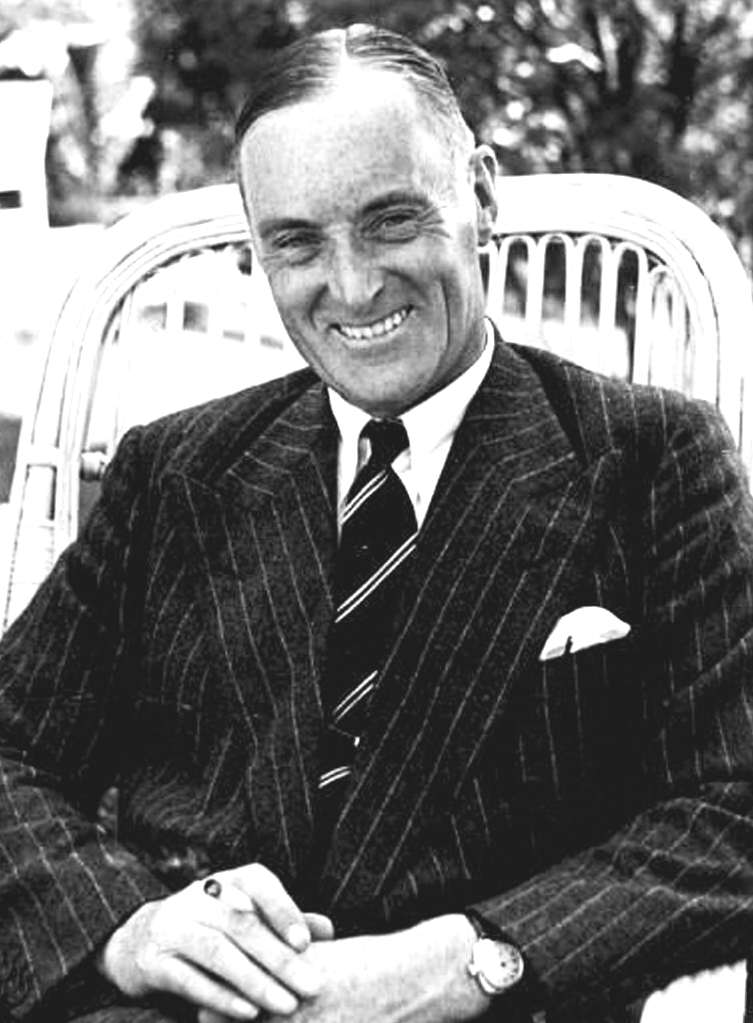 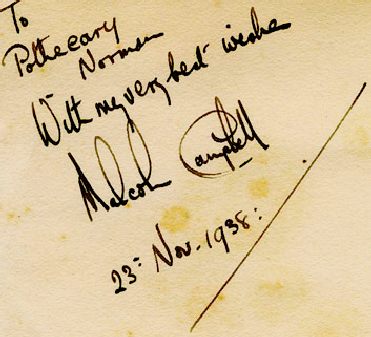 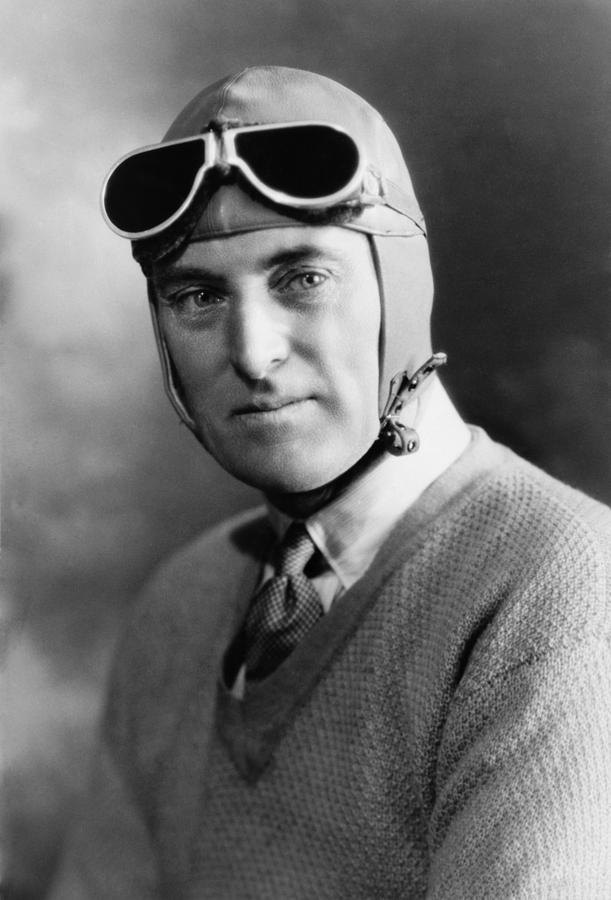 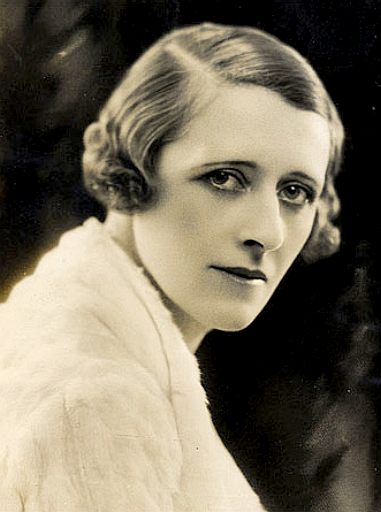 Sir Malcolm and Lady Dorothy Campbell above had a son and a daughter. Donald is well known for his speed records. Jean Dorothy Wales (nee Campbell) is lesser known. Her son Donald, is now better known as Don Wales. Jean and Donald are pictured below. She is recorded as living at Orchard Lodge, Oakhurst Lane, Loxwood in West Sussex, at the time of the making of a Declaration of Trust dated the 16th of October 2001 - this Declaration was made in connection with the setting up of the Malcolm Campbell Heritage Trust, a Trust that appears to have been set up to create a fund in furtherance of the projects (objects) of both Malcolm and Donald Campbell. A bit late in the day, but not a bad idea - actually triggered by the efforts of Bill Smith, the diver who raised the K7 early in 2001. 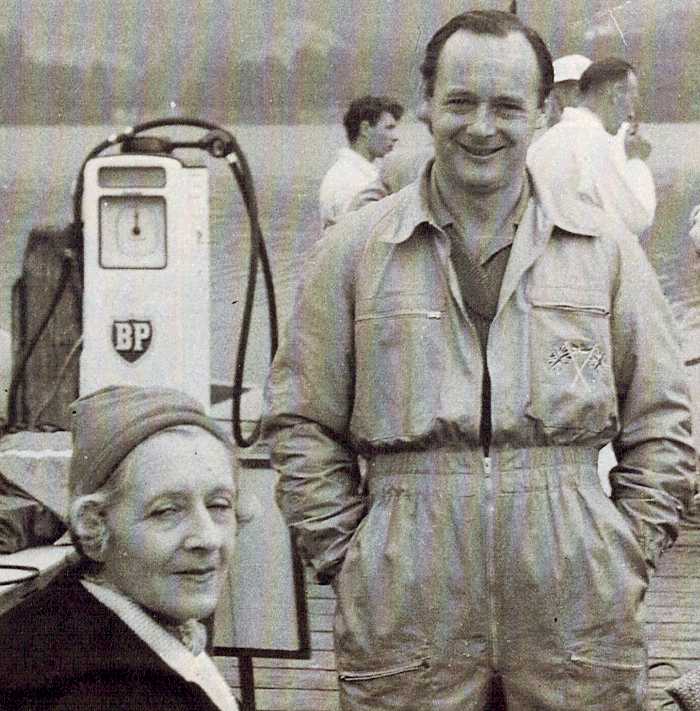 A trophy does not have to be a cup. It can be anything representative of the event's objectives, such as the K3 water speed record boat for the Bluebird trophy presented to Malcolm Campbell when he broke the world water speed record, hitting the new world record speed of 126.33mph on Lake Maggiore in Switzerland on 1 September 1937.

Sir Charles C Wakefield (Lord Wakefield of Hythe 1859-1941) Was the principal Director of CC Wakefield & Co. Ltd. , the "Castrol" oil company. A keen supporter of motor and aviation development, he was the sponsor of Amy Johnson's flight to Australia and he partner Capt.James Mollison's attempt on the Atlantic. He sponsored Sir Henry Segrave's attempts in Miss England lll to recapture the British International Trophy, but stepped back from the field following Segraves death in 1930. However, he supported Sir Malcolm Campbell in both his land and Waterspeed record attempts and made several presentations to Campbell to commemorate notable records. 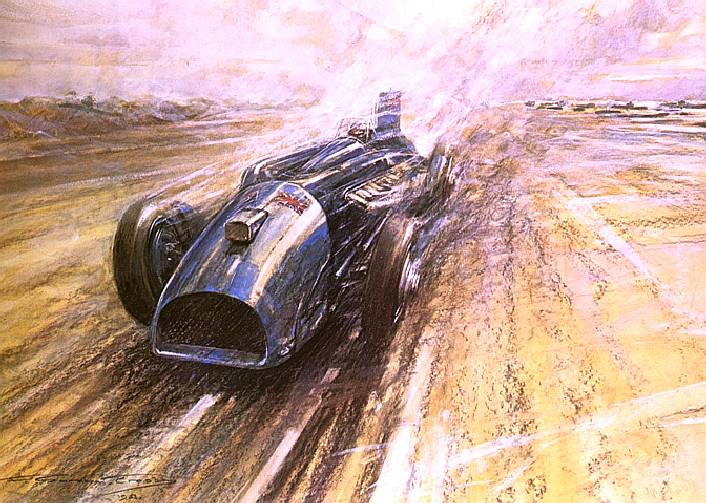 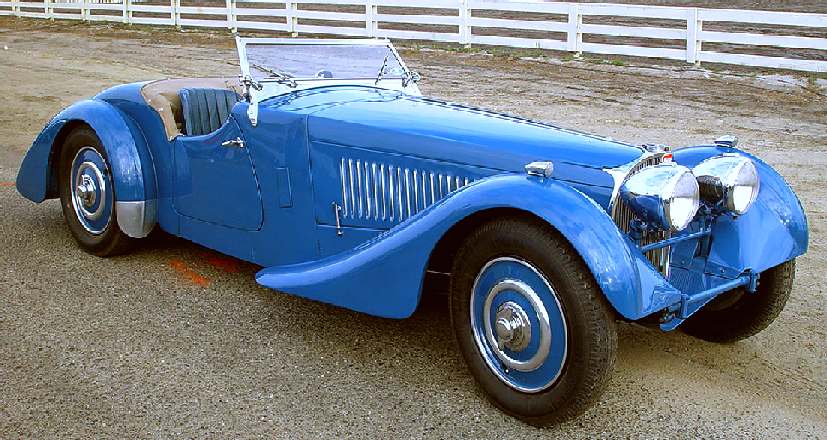 Thought to have been the property of Sir Malcolm Campbell, the 1935 Bugatti above (chassis 57531) is one of the most original Type 57SC's - held not to have been restored. According to web reports the body had not been off the frame and most of the paint is original. Incredible. The car was ordered by Sir Malcolm Campbell of England then sent un-bodied to Corsica of London. After the coachwork was completed it was painted blue and nicknamed - you guessed it: 'Blue Bird'. 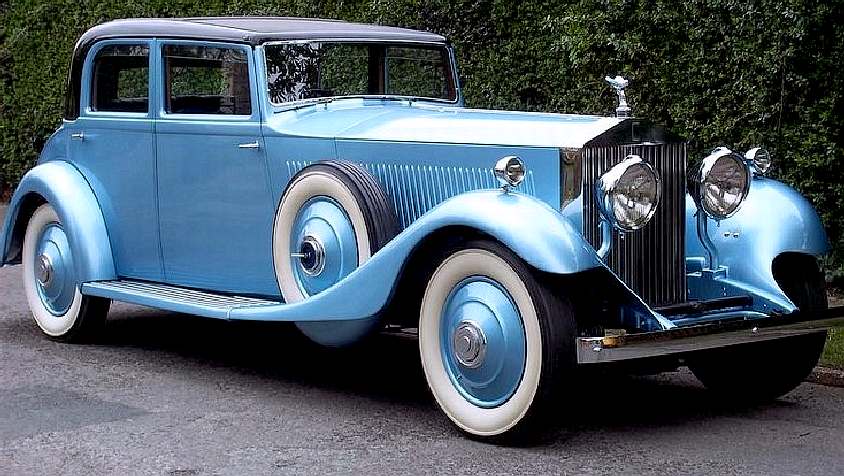 Sir Malcolm Campbell's 1933 Rolls Royce Phantom II seen here in a stunning, what looks to be a, pearl metallic blue paint job. That sort of paint mix may not have been available in 1933, but the custom finish is superb. 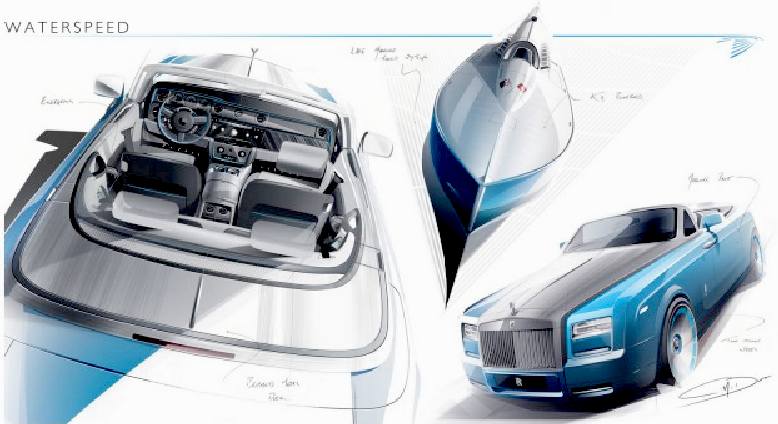 Rolls Royce Phantom "Waterspeed" commemorative edition drophead coupe. This special limited run of custom cars is dedicated to Sir Malcolm Campbell and the famous K3. The Rolls-Royce Phantom Drophead Coupé Waterspeed Collection was previewed to selected UK press and customers at an exclusive event on the site of the original Bluebird Motor Company – now the Bluebird Restaurant – on the King’s Road, London on Tuesday 13 May 2014.

Jetstar (not a bluebird)

LEGENDARY - The blue bird legend continues with the classic lines of this racing car, inspired by Reid Railton and his designs for the Napier Lion and Rolls Royce engined Blue Bird LSR cars in the 1930s. The Blueplanet BE3 features instant battery recharging using the patent Bluebird™ cartridge exchange system under license from BMS. This LSR is also solar assisted. She is designed for speeds in excess of 350mph using clean electricity. Imagine the spectacle of this beautiful vehicle speeding across the salt at Bonneville, or flying past on the sand at the Daytona or Pendine beaches. To hire this vehicle for your venue please contact BMS and ask for Richard or Terry. The BE3 team need at least 6 months advance notice of events or the fees rise dramatically.

LSR ART - Not a product of Sir Malcolm Campbell, the Bluebird Electric 2 was designed for a project involving his grandson, the son of his daughter, Jean Campbell. The picture above shows how aerodynamic the BE2 is. Even today you'd have a job to improve on the super-slippery shape. The tailfin is yet to be re-attached after the car was installed in the showcase at Campbell Hall, Herstmonceux Museum in Sussex, that will permanently house this land speed record sculpture behind laminated glass for generations to come. Please note that these photographs are Copyright © 11 August 2016 Bluebird Marine Systems Ltd. You will need permission from the company to reproduce these pictures, except for private review or study.

We all need insurance. No matter what car, van or bike you drive, we're all looking for great value and quality in your UK motor insurance?  But who is the best - who is the cheapest and who offers the great service in the event of a claim? 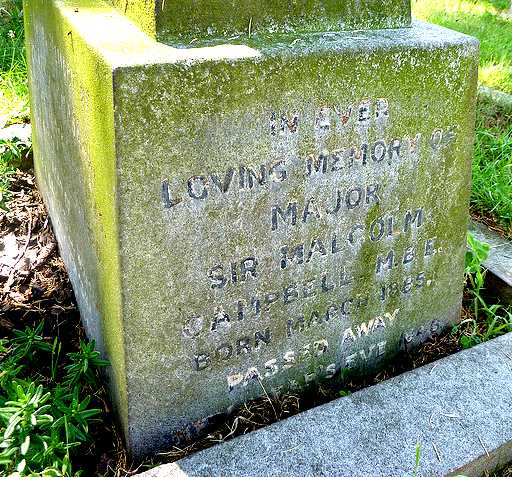 This website is Copyright © 2017 Bluebird Marine Systems Limited.   The names Bluebird, Bluefish, SeaVax™, and the blue bird in flight

logo are trademarks. All other trademarks are hereby acknowledged. The color blue is a protected element of the mark..